I don’t let lack of knowledge stop me from trying to run and maintain a few Linux machines. Just like writing bash scripts, I’m always forgetting how I did things previously so I’m writing it all down this time so I can copy and paste it again later in a few years.

I don’t reach tinfoil hat level paranoia, but I do like having some level of data security so thieves can’t read my journal and figure out which BTS member I’m currently crushing on (Jungkook). Full disk encryption is pretty easy on Windows or Mac, and it seems easy on Linux, but you always have to be your toes in the land of the penguin. Specifically, the following two requirements are typically at odds:

I’ve only ever used LUKS for disk encryption because it’s the default with Debian and I’m too lazy to research alternatives. The default setup has a tiny unencrypted boot partition that prompts you to unlock the main disk so you can actually use the computer. This is fine for a desktop or laptop, but not really tenable for situations where you can’t physically type in the password on the machine.

Fortunately, there’s a nifty package called dropbear-initramfs which adds a barebones SSH server to that tiny boot partition which allows you to unlock the machine remotely. Installation is pretty straightforward, you’ll need to set up your SSH key by creating a /etc/dropbear-initramfs/authorized_keys file and adding your public key:

The command=/bin/cryptroot-unlock part is optional, but very convenient since it means you’ll automatically be prompted to unlock the drive whenever you connect to the server. It’s also a way to lock down the machine a bit more. Once you’ve added your key, make sure to set the correct permissions and make another offering to the boot gods:

You can now reboot your machine and (assuming it can get network access) it will open up an SSH server so you can connect and input the encryption passphrase. Note that the server key for this miniserver is gonna be different than your server once booted. So I recommend doing the following in your ~/.ssh/config file:

This will make sure SSH doesn’t freak out and worry that your server is being hijacked all the time.

So now the machine can boot without a sweet human caress, congratulations you might be done!

If you have more than one drive, you still have a little more work left. This will set up what is apparently called LVM on LUKS, a popular alternative is called LUKS on LVM and it might be better for you? The Arch Wiki has a lot of information that I definitely did not read.

Make sure your drive is connected, and then you’ll need to figure out what device it’s been assigned. This is typically something like /dev/sdb or whatever. The best way to find out which disk you want is via lsblk (or possibly sudo blkid, I can never remember). If the drive was previously formatted, you may need wipe out the existing partitions via fdisk /dev/sdb. The interface is (of course) a bit cryptic, you’ll need to keep on hitting d at the prompt to delete all the partitions. I highly recommend double and triple checking which drive you’re operating on, since recovering from deleting all those partitions is not very fun. Or you can just YOLO, whatever I’m not your dad.

Now that the drive is wiped, it’s time to set up encryption. You should generate a nice long passphrase and save it in your password manager. The partition can also be unlocked with the contents of a static file, and we’ll use that for the automatic unlocking:

The disk is now encrypted. We still need to do a few things to get it mounted automatically though. First, add an entry to /etc/crypttab in order to make the disk decrypt on boot:

This file gets used by the system to automatically decrypt drives at boot. Although the decryption key is a file on the system, it’s sitting the main (encrypted) drive that’s only accessible after unlocking the entire machine at boot.

Now test to make sure it gets automatically decrypted via:

Assuming no errors, you should have the unencrypted disk available at /dev/mapper/sdc_crypt. In theory, you should now be able to format this directly via mkfs.ext4 or your favorite disk format.

On my machines, I still go ahead and set up my partitions via LVM since that’s what Debian does by default and I’m just cargo culting my way through this whole thing. In theory there is a bunch of flexibility to be gained via LVM, but I’ve never actually learned how it all works.

In order to automatically mount the drive, we need to edit /etc/fstab:

Test that the /etc/fstab setup worked:

Voilà, you should now see your disk mounted at /mnt/data, and all it took was a crazy number of error-prone steps written by a total stranger with, at best, a passing understanding of how it all works.

Using Rclone and MergerFS together across drives 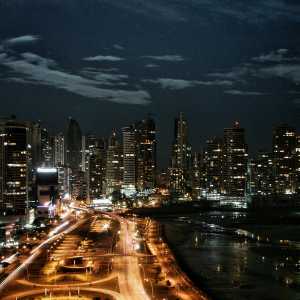 Getting Debian to send emails that actually get delivered

Making sure your algorithmic love letters don’t get lost 2020 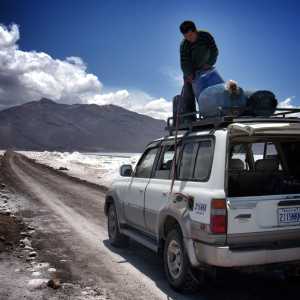