Due to a combination of hoarding (digital and physical), frugality, and laziness I have a large number of external hard drives and cloud services that I use for general storage and backup. I also have an annoying tendency to physically misplace things (adds to the backup paranoia), so I like having some level of basic encryption for removable devices for privacy reasons (my threat model is identity theft, not government agencies).

The workflow here is roughly as follows:

After jumping through these hoops, I now have a single folder structure with my files across local and cloud storage. Once mounted, MergerFS tools provides some nice scripts for duplicating (or de-duplicating) content across your drive pools.

This type of thing isn’t useful for many people, but if you’re interested in replicating this arcane setup, here’s how to go about it (instructions assume Linux, ):

You now have a pooled view of your encrypted folders, congratulations! Of course, they’re completely empty so it is kinda useless.

At this point, you can start copying data into this merged view but I wouldn’t recommend it for a few reasons:

In order to workaround these issues, I manually add data to individual drives via rclone sync. In order to do this, you need to setup rclone storage for each drive you’re using. You can do this manually via rclone config (use the same passwords you used for the merged drive). Alternatively, it’s easier to manually edit the rclone.conf file and copy the config over per drive.

At this point, your rclone.conf file looks something like:

Instead of running rclone config a bunch of times, you can copy the [pool] section and just change the remote path, for example:

Since the encryption parameters are identical, anything you store in this rclone remote can be read by the pooled mount. To add data to the pool, you can now rclone sync stable_genius_files drive1:/. Do the same setup for your cloud remotes as well.

Running these commands manually is a pain, so if you’re running Linux , I’ve created a helper script that automatically takes care of mounting and pooling the drives (also posted as a gist):

If you’ve made it this far, congratulations for creating a brittle, complex storage system instead of just buying a bigger drive! Now I assume you can get back to growing your own vegetables, sewing your own clothing, and other inefficient uses of the precious little time you have left before dying alone.

A poorly written guide for using too many moving parts in order to save a few bucks while wasting more time in front of a computer: https://t.co/ErRya4niMA 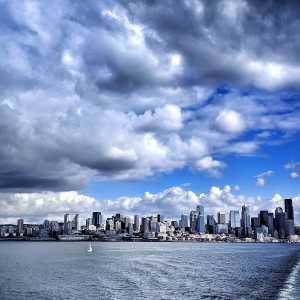